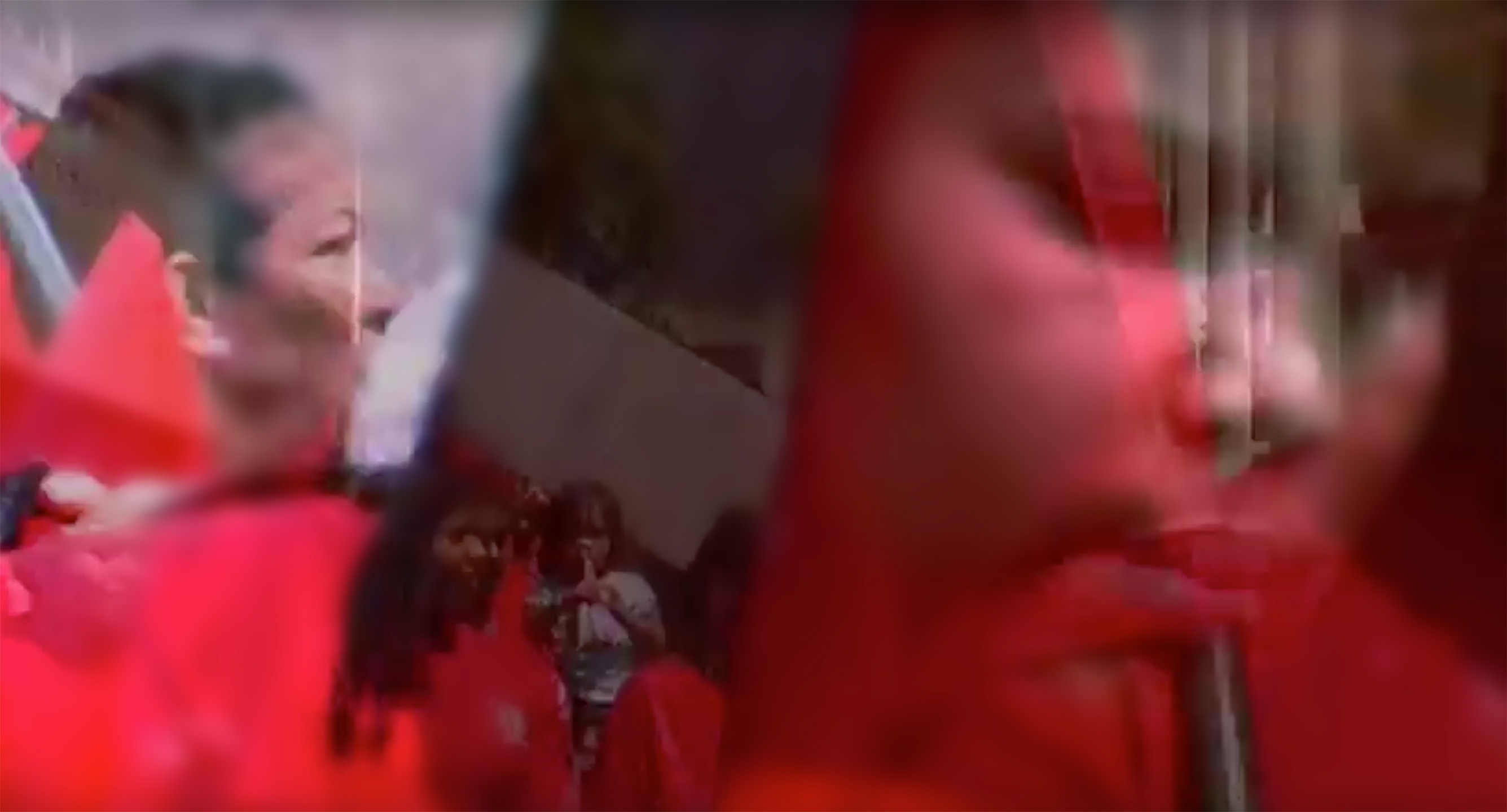 a revolutionary film about a country in revolution

by Deirdre O'Neill and Mike Wayne

There are at least two ways of seeing the extraordinary story that has unfolded in Venezuela since the 1990s. One way is to see everything through the actions and personality of Hugo Chavez. In this narrative Venezuela’s recent history becomes an expression of the will of a charismatic and dynamic leader, in this case the President. This view focuses on Chavez’s electoral breakthrough in 1998, when he was elected President for the first time; it prioritises Chavez’s personality and even his psychology and it reduces his diplomatic and rhetorical conflicts with US foreign policy to ‘bad blood’ with the then US President, George Bush. Drawing on traditional stereotypes of Latin American leaders, this view frequently portrays Chavez as a strutting dictator in army fatigues, or at best as an authoritarian caudillo or ‘strongman’. This image is often combined with another western stereotype of the ‘third world’ leader, this time as the buffoon, a sort of pantomime villain or statesman, incomparably inferior to the sophisticated western ‘democratic’ political class.

But this focus on Chavez is also problematic when it is integrated into more sympathetic accounts, because it remains locked within the framework of writing history from a bourgeois point of view. Such methods of writing history cannot go beyond the individual as the most significant factor in determining events and is in this sense ‘bourgeois’ because it is the historical method that corresponds with a capitalist ideology that sees the wants and needs of the individual as paramount, no matter how irrational that is for most individuals.

Another way of looking at what has happened in Venezuela in recent years, is to turn the above method upside down, and see the Chavez Presidency as an expression of an immense collective project, fueled by the creativity and commitment of millions of Venezuelans who have, perhaps for the first time, obtained control over their society in the face of a small but powerful, US backed, Venezuelan oligarchy that has tried everything possible to halt a project building participatory democracy.

From this perspective, Chavez is a hugely important figure, but his actions are a lightning conductor for the battle between classes that is taking place around him. Because what is happening in Venezuela is a real revolution, it is a process with many sides to it, moving forwards and backwards sometimes simultaneously; in short it is an unfinished process with many contradictions. There is no simple unbroken line of development, no clean break with the past; instead institutions, political parties, communities and individuals are all engaged in a collective project that has implications not only for Venezuela but for people all over the world, searching for a way out of the impasse of capitalism.

The dominant western media acts as a block to understanding these important, indeed historic events. Their task is evidently to foster indifference, ignorance and even outright hostility towards the Venezuelan revolution, by its facile reduction of everything to the personality of Hugo Chavez. Listen To Venezuela makes a contribution to the various attempts to break this bourgeois media siege on Venezuela by those who are excited by the possibility of building an alternative to capitalism, a social and economic system whose wars, environmental destruction, economic brutality and crisis, has resulted in a world on the brink of disaster.